West Ridge, and out to Farmers Loop 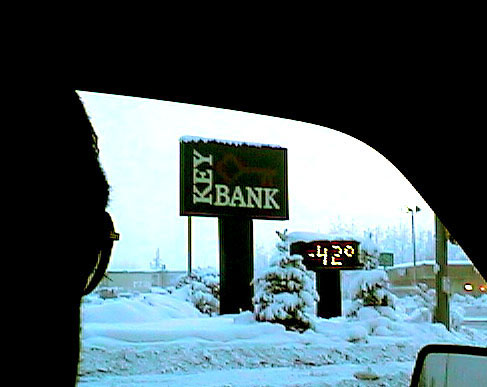 The sign tells the story of today's race. The official 9 AM Fairbanks temperature at Fairbanks International Airport was -43°F, eighteen degrees colder than our race cutoff temperature of -25°F, and the race was cancelled. However a tour of the UAF campus area between 11 AM and Noon found at least four runners and two dogs out enjoying the brisk air. The four runners, whose high tech shoes were rendered mostly useless by the cold temperature, included Bill Gardner, Bob Vitale, Karen Kolivosky and Dave Cowee 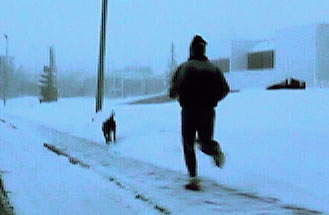