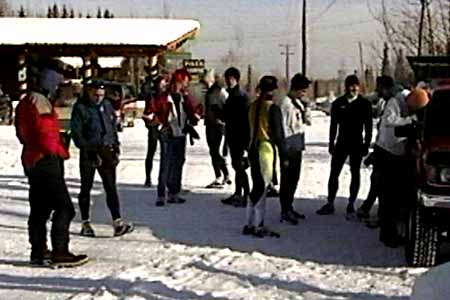 February's warm temperatures doomed this year's Sourdough River Run, when the ice bridge and road from Pike's Landing were closed just before the end of February because of soft shore ice and open water. Extensive glaciaring at the mouth of Cripple Creek by the Pump House was also a problem along the course. So our unique Sourdough River Run, for not the first time, became just another race on solid, but icy, ground.