The UAF Nanooks Cross Country team kicked off its 2019 season in grand fashion with the inauguration of the Blue and Gold Run Fest on August 31, 2019. The meet was the first of five for the Nanooks this season, and their only home event. The UAA Seawolves, the preseason top ranked XC team in the Great Northwest Athletic Conference, were invited to come and take on the Nanooks.

Three races were included: a 5K Community Race open to all, followed by a 5K Women’s Team competition, and a 7K Men’s Team competition. Each race sent runners along 3K and 2K segments and passing through the starting point once for the 5Ks and twice for the 7K, which was great for the spectators. Results and additional information can be found here.

On a beautiful Saturday morning, the meet location was festive with an air of excitement and a backdrop of a large dish antenna. Live music was provided by RCN Board Member Nick Janssen and his band “Petty Crimes” who graced the wooded outdoor venue for two and half hours with great sounds, including lots of, yes, Tom Petty tunes. There was plenty of food and beverages for all the many spectators, volunteers, coaches and race participants. Kids and dogs, including French Bulldogs, added to the fun. It was truly a Run Fest!

All ten of the UAF intercollegiate athletic programs and Dr. Keith Champagne, Vice Chancellor of Student Affairs/Athletics Director, were there as well to cheer on the Nanooks Cross Country team. It was an inspiring show of solidarity and support!

RCN was the principal sponsor of the event, which was a fund raiser to support the cross country running program at UAF. Our organization is dedicated to the promotion of running and running-related activities in Interior Alaska. In these days of fiscal uncertainty, RCN is proud to pitch in and support this awesome program! We look forward to next year’s Run Fest. 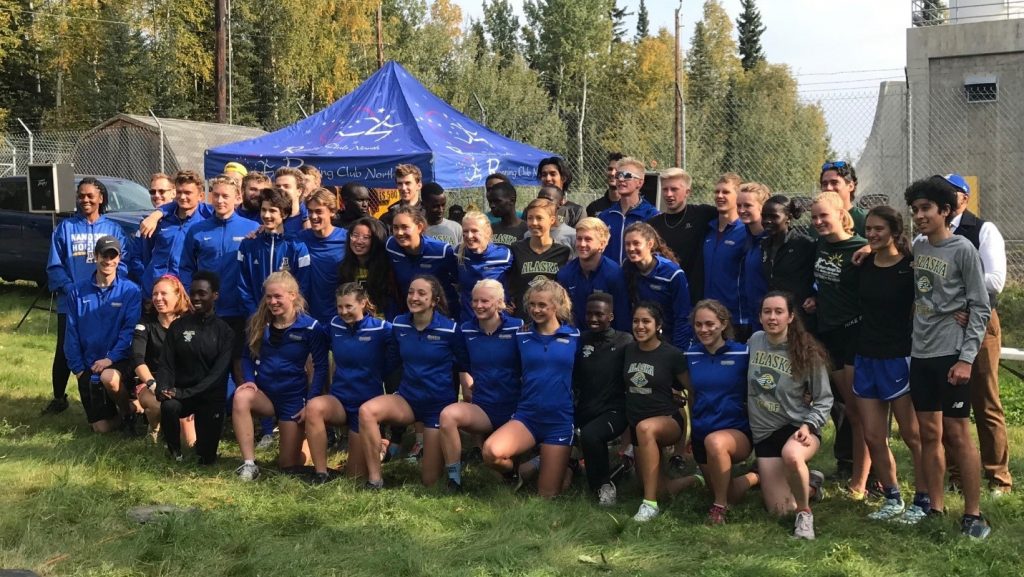