Running In The New Year 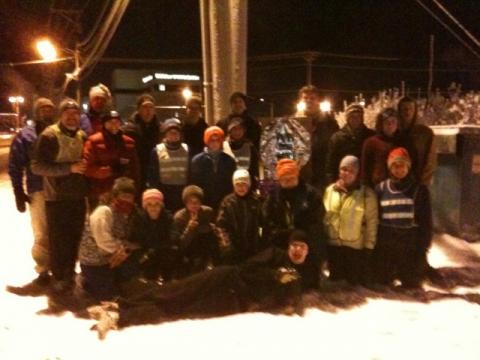 Welcome to 2011! While others were ringing in the new year in their own way, several of us were were running it in. As you can see by the accompanying picture, a large crowd gathered at 11:30pm for the New Year’s Eve Run. The next morning (New Year’s Day) was the Campus Hill Run with a much smaller, but equally enthusiastic group. The informal New Year’s Day run up Ester Dome included 3 runners starting earlier to catch the sunrise from the top and 6 runners starting at the more civilized time of 12:00 noon. Perhaps the grandest start to the new year was a 4th place overall finish by Cyrus Bernard in the midnight running of the Zurich New Year Marathon. Best wishes to all for a happy, healthy, and successful running new year!