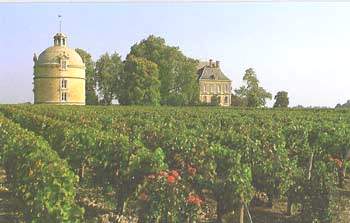 I had no idea that the Medoc was a major party event, other than I had been told that red wine was served at the water stops … But the party flavor of the marathon became more and more evident as our bus neared the small village of Pauillac (an hour north of Bordeaux), the home of the 18th Marathon of the Chateaux of Medoc and Graves (English translation of the formal marathon name!). Alongside the road, runners in costumes seemed to outnumber those without costumes! And at the start line, costumed runners completely outnumbered us underdressed runners! Oh well … but the best lay in wait at the 38 km mark on the marathon course!

Earlier this spring, two of my German running friends and Equinox veterans, Dittmar Kostros and Manfred Braun, told me of their plans to run Medoc in September. Manfred’s stories of his previous Medoc experience convinced me that I should join them. Didi was able to secure the last two openings and the last marathon registration, in their tour group for Jo and me. So the die was cast – we were going to France! We purchased the minimum marathon package, which included only our hotel accommodations in Bordeaux and the marathon registration (plus one extra, a Sunday morning walking tour of the chateaux, including wine tasting, followed by a huge banquet).

Jo and I arrived in Bordeaux several days ahead of our tour group, with our friend Matthias Kostros. We did our pre-race sightseeing under mostly cloudy skies, with some wind and a little rain – temperatures were in the 60’s – giving rise to hope for the same conditions on marathon day. Marathon morning was cloudy also as our busload of marathoners, photographers and spectators headed north from Bordeaux. However, the sun occasionally poked through the clouds as we were swallowed up by the costumed runners, on the walk to the start line. But once the race started, at 9:30 AM, it was mostly bright sunshine for the rest of my running day.

More than 8,500 runners registered, and I think that well over 5,000 of them ran in costumes! And not just in individual costumes, but in pairs: there were numerous prisoners in matching striped uniforms – chained or handcuffed together, hmmm again …; and in large groups: there were multi-runner dragons, and one complete construction crew of about 25 runners! They were dressed alike in shorts, safety vests and hardhats (all orange), and two of them pedaled a pavement roller! The costumes were all excellent, creative, well done – nothing halfway about French imagination!

The marathon course is a clockwise loop, with the start and finish on the main street of Pauillac, near the 3 o’clock position of the loop. The course meandered south, then east and north, on paved and gravel roads, thru a few small villages on narrow streets (lined with people); through vineyards on private roads, or down paved driveways past beautiful, lake-fronted chateaux, surrounded by classical music; – it wound behind many of the chateaux where wine and snacks were served in dusty courtyards! Scattered along the course were more than 40 musical groups – playing music ranging from classical to hard rock. The southerly 2/3 of the course runs over mostly gently rolling, vineyard-covered hills. There are a few steeper hills on the northerly end of the course (in the 25-32 km area, when you least need the challenge, especially if you’ve sampled too much red wine in the dusty courtyards!

These wine tasting points were shown on the official marathon map as “Degustation”, and the ‘official’ points of degustation numbered 17 (maybe that’s why my not-so-fast finishing time nonetheless placed me in the top 18% of my age group and top 25% overall …). At many of the tastings, more than one type of wine was offered and, with the exception of the very first stop, all of the wine was served in wine glasses! I tasted only a few wines, but my recollection was that the first glass, near the 10 km mark at the Chateau St Pierre, was an excellent red!

Following my success with a cardboard camera in the Broloppet bridge run, I decided to try carrying a camera with me again. But as the race progressed, because of needing to use so much water for cooling myself off, let alone drinking, I was having more and more difficulty keeping the camera dry (and the cardboard from melting!). Since I was carrying the camera in one hand and usually a water bottle in the other, I had to make sure that the camera was away from the water when I scooped handfuls out of the many water and sponge barrels along the course. And my ultimate goal was keeping the camera dry and saving a few photographs for the 38 km event!

When I finally reached the 38 km mark, there in all it’s glory was the largest oyster bar I’ve ever seen! Tables, end to end, were loaded with platters of fresh-shucked oysters on ice, with lemons, and with small cups of white wine – Blanc de Blanc! What a spread! I enjoyed a half dozen oysters on the half shell, washed down with the only fluid available at that ‘rest stop’! And I managed a few photos too.

One km later, another special event: barbeque grills were churning out huge bowls of beef chunks, served with fresh baguettes – not exactly Mile-24 marathon food, but, when in France … All that was left from that point was a leisurely flat run to the finish, with the last ½ km or so on a red carpet! Even with all the oysters, the barbeque beef, all the other hors d’oeuvres and the wine, the heat, bright sunshine and the humidity, plus the rolling course, I managed a chip time of 4:27 – not too bad for an under-trained sightseer, who had managed to run only about 30 miles in the 3 weeks before the marathon.